Technology at the service of humanity to share knowledge and keep us connected. (Spanish version)

Flash memory: Find everything you need in this powerful technology

The best Flash Memory devices on the market.

Flash memory is nowadays an element of daily and common use. In our digital world where every day we generate more and more information in the form of documents, images, music and all kinds of files, it is essential to have at hand storage media of large capacity, small in size, portable, safe and practical.

These are examples of the variety, versatility and current capabilities of Flash Memory based devices available for use in personal and professional environments.

Flash memory perfectly fulfills this need for storing data, both permanently and for transporting from one device to another.

These small, but very useful, devices are an ideal combination of a RAM memory and the old floppy disks, or better still the current DVDs. Even for today’s capacities it is like carrying a miniature external hard disk in your pocket.

What is Flash Memory and what are they used for?

Although its use is very common nowadays, it is still very common to ask the question: What is a Flash Memory and what are they for? Here is a simple definition and a more technical definition.

What is Flash Memory?

Created by Dr. Fujio Masuoka in 1984 working for Toshiba.

A simple definition: it is a small device that allows us to save our files from a computer or tablet, our photos from a camera or cell phone, our favorite songs from any media. Once stored, this information or these files can be shared on any other device that can read it. It is a unit to store information permanently.

A more technical definition: it is a unit that was developed based on a type of memory called EEPROM.

EEPROM or E²PROM stands for Electrically Erasable Programmable Read-Only Memory. It is a type of non-volatile ROM memory that can be programmed, erased and reprogrammed electrically, unlike the EPROM that has to be erased by means of a device that emits ultraviolet rays.

Flash memory is an advanced form of EEPROM .

It allows multiple memory locations to be written or erased in a single programming operation using electrical pulses. This is the reason why flash memory can operate at much higher speeds since the systems use read and write at different points at the same time.

It is a type of non-volatile memory that erases data in units called blocks. A block stored on a flash memory chip must be erased before data can be written or programmed to the microchip. Data is retained for an extended period of time, this does not depend on whether the flash-equipped device is on or off.

Flash memory is not only faster than other types of storage media, but also more reliable. It has no moving parts and is not susceptible to damage from shock or vibration, unlike hard disks, which are prone to mechanical failure. Flash memory also consumes less power than other types of storage media, such as hard disks, which have moving parts and require cooling fans while in operation. 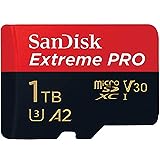 What is Flash Memory for?

There are several types, each with its own characteristics and for specific uses. Many are the uses that these devices have had and currently have, among the most important we have:

USB flash drives are used to store and transport all kinds of information, from documents to videos, photos and any kind of files. Due to their versatility, their use has increased. The decrease in prices is another element that has contributed to the use of these devices. They are used to play music, they are also used as a booting device for the operating system in computers.

The USB Flash Drive is a small storage unit that contains a flash memory and uses the USB communication protocol to connect to a computer or other electronic media.. Read more about USB Flash Drive or Pendrive

SD cards are essential elements in today’s mobile devices or smartphones as they serve as storage memory units, i.e. they work like a hard drive for a computer. These cards are an important part of the incredible development of today’s smartphones.

An SD Card is a memory for portable units such as cell phones, tablets, computers, digital cameras, video consoles, just to mention the most known or used ones. All about SD Cards

SSDs have largely displaced conventional HDD or mechanical disks for all types of use, whether for home, office, professional or gaming use.

A solid-state drive (SSD) is a new type of data storage based on non-volatile Flash memory that is replacing traditional magnetic platter hard disks (HDD). All about Solid State Drives SSDs

It is another type of flash memory created by SONY, for portable units such as cell phones, tablets, computers, digital cameras, among others. More information about Memory Stick

Compact Flash is another of the existing types of flash memory, although less known and used. First produced in 1994 by Sandisk to be used for storage in portable devices.

The XD Picture Card that were developed by Olympus and Fujifilm are used in digital cameras of these manufacturers, although nowadays their use has declined due to the use of SD cards.

Created by Olympus and FujiFilm, it is another type of flash memory, used mainly for devices developed by the companies that created it, specifically digital cameras. Find more information here.

Flash memories are classified into two types according to their operation: NAND and NOR, this designation refers to the type of Boolean logic gate used internally.

An inverter or NOT gate is a logic gate (0 and 1, AND AND AND OR) that implements logic negation.

Flash memory is manufactured with NOR and NAND logic gates to store 0 and 1.

Flash memories are a type of EEPROM memory, containing a matrix of rows and columns with cells that have two transistors at each intersection.

NAND flash memory is also non-volatile, but it stores data in blocks and not in individual pages like NOR. This means it is faster than NOR because you don’t have to read each bit individually, but can read them all at once. NAND memory is used in solid state drives (SSDs) because it is faster than other types of storage media and also has a longer lifetime.

In this type of memory, data is stored in an array of memory cells using floating gate transistors. There are two gates, the Gate Control (GC, Gate Control, top) and the Floating Gate (FG, Floating Gate, bottom) isolated by an oxide layer.

NAND can store more data per space used so they are more economical for storage.

NOR flash memory is the most common type of flash memory. It is non-volatile, which means it retains its data even when it is turned off. It also has a relatively low price, making it a good choice for consumer electronics such as digital cameras and MP3 players.

NOR type memories are slower to read and write compared to NAND, however, they archive random access paths faster.

In what equipment is Flash Memory used?

These small devices are used in a wide range of devices, both for home and business use. Flash memory can be used in many different devices, such as cell phones, digital cameras, USB drives, MP3 players and computers.

The use of flash memory instead of traditional magnetic storage media, such as hard disks or floppy disks, has many advantages.

The main advantages are given by its own characteristics:

Having so many special features and therefore so many advantages, it is difficult to find disadvantages in these devices. The main disadvantages are given by the misuse we give to them or the little care we take when using them.

Although many people find flash memory an attractive option because it is durable and inexpensive compared to other storage options, it also has some disadvantages:

How to take care of Flash Memory?

Despite the daily and continuous use of these devices, they are not always treated with due care and this becomes one of the few disadvantages they have. Taking into account some simple recommendations can prevent data loss and physical damage to the device. The useful life of the devices will depend to a great extent on the care we take of them.

On the website of one of the most important manufacturers such as Kingston Technology, we can find seven recommendations that we summarize below for you.

Where can I buy Flash Memory?

There are many options to buy a Flash Drive, but the best is to buy online at Amazon, the largest store in the world. You can find a wide variety for every taste and need.  We recommend our Buying Guides for the different types of Flash Memory, where we explain how to make the best selection, the best brands and prices.